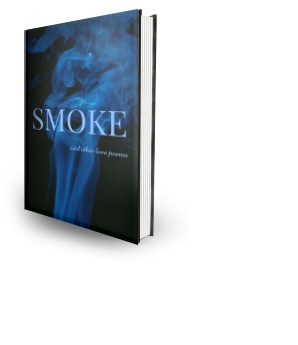 My latest book, "Smoke: poems of love, longing and ecstasy" is available for purchase on Amazon in e-book and paperback. Click book for link.

The Comfort Zone: Why I'm Coming Back 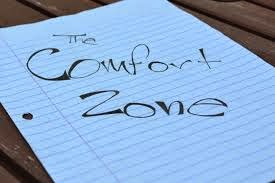 The comfort zone is not only my favorite song by Vanessa Williams, but what this blog is for me. It is my safe space. A creative haven. The only place where for the past seven years, I have written like no one is watching.

I started this blog during the first semester of my senior year at Yale. Back then, I wasn't sure what I wanted to be. I just knew I wanted to be fabulous and in love. So I blogged about my daily struggles as a college student, the pitfalls of my love life, and budget beauty baubles and DIY tips I swore by. Honestly, I  can say, I was blogging about DIY beauty before it became popular. Now evvverybody is doing it! No shade.

I digress. Before  I knew it, I was on to something. My blog started picking up speed in 2008, but something happened. I graduated. And I started working as a television reporter. Working on-air is a unique occupation because your likeness and your public opinions aren't really your own. You represent the call letters your recite every time you sign off. And so, out of fear of revealing to much, and a desire to focus on my career, I stopped posting. Almost.

In 2010, I was still working in tv when I felt a familiar itch. Really, I needed an escape. I'd fallen for an elusive figure that I call *Miles. Miles was everything I ever wanted in a man, and in retrospect, he represented everything I wanted for myself. He was good looking, successful, smart, and well-off. He was young with a high profile job as head of company he'd built from the ground up. I admired his independence, his cocksure attitude, and the way it seemed that everyone wanted a piece of him.

Maybe that's why I fell so hard. Deep down, I wanted to  be just like him.

Nonetheless, I think Miles sensed my inner restlessness. I think he caught the glimmer of utter fascination  in my eyes whenever I looked at him. I couldn't hide it. After the first date I was hooked. And over the course of two years, every time he disappeared without explanation, I didn't give up. I resigned, with foolish hope, that one day he'd complete me.

You know how the story ends. I figured out how to complete myself.

But nonetheless, during that time, and every other major romantic or professional hurdle, I wrote myself through it on this site. No holds barred. Yes, an alias, or several, but for some reason, I've always been able to be honest on this blog. It is home for me.

And for that reason,  I am coming back home. I don't know how this will pan out. I am trying to complete a fiction (inspired by Miles, go figure) and my career is all types of crazy (more on that in the future). Plus, I try to update my official site regularly. Nevertheless, I will be making it a point to return with more heartfelt stories, observations, DIY tips, and commentary that pertains to Black women. I hope you will rejoin me for this adventure and provide feedback too.

Also expect to sneak peeks from my upcoming work of fiction. I'm super excited about that.

When you don't know where to go, let your heart lead the way.

8 Actresses Who Could Play Whitney Houston in Lifetime's Upcoming Biopic

Angela Bassett rose to fame portraying iconic African-American women like Tina Turner and Betty Shabazz in Blockbuster biopics, so it is only fitting that in her directorial debut, the legendary actress will help bring the life of the late Whitney Houston to the small screen.Lifetime's  telepic Whitney Houston (working title) is slated to premiere in 2015.

According to Lifetime, the made-for-tv movie will chronicle the tumultuous relationship between Houston and singer-songwriter Bobby Brown — from the time they first met at the very height of their celebrity through their courtship and rocky marriage.

I don't know about you but when Whitney passed away, I cried for about a week. I cried in car as I listened to WBLS play "The Greatest Love of All".  I cried every time I turned on the tv and saw the young, exuberant Whitney we all fell in love with. In downward facing dog, there were tears falling on my yoga mat as my fellow yogis pretended not to notice the only Black girl in class having a breakdown. And during the televised funeral, at parts, I was straight hysterical.

Please, don't laugh. I'm from Essex County, New Jersey. We claim Whitney s our own and we are forever proud of her, regardless of how the media has tried to spin her ups and downs. Nobody is perfect. Everyone has demons.

Having said that, I feel relieved to know that Angela Bassett is at the artistic helm of the inevitable Whitney Houston movie.   Not only am I sure that Yale trained (shameless plug) thespian will make a solid director, I think it's safe to assume that as a master of her craft, and a personal friend of Whitney's, Bassett will coax an incredibly nuanced performance from the movie's lead actress.

Which of course begs the question, who will play Whitney Houston? The actress will have to possess some physical likeness (don't pull a Nina Simone) and a deep emotional range in order to avoid playing Whitney as a one-dimensional erratic diva, the way the media often portrayed her in the years leading up to her death. Many names are being tossed around (including Willow Smith. #HaveASeat) but here are a few actresses that I personally think would do the role justice.

Former soap star Renee Goldsberry is a triple threat. She can act, dance, and yes, she can saaang. She'd easily be able to put herself in Whitney's shoes and even recreate some of her earlier videos. Watch this clip of her singing on One Life to Live and you too will be convinced.

Sharon Leal doesn't have the same name recognition of some of the other actresses on this list but in Tyler Perry's Why Did I Get Married she proved that she had chops, and in Dreamgirls we learned that she could work a stage.

If Lauryn Hill is cast as Whitney Houston it will be OVAH! I mean, that would literally make my 2015. Lauryn is strikingly beautiful, she and Whitney share the same New Jersey roots, she's a great actress (remember Sister Act) and at home on a stage. Even more, I think Lauryn would be able to draw upon her own experience of  battling demons while under the glare of public scrutiny. More than any other actress, if properly coached,  Lauryn could deliver the most authentic performance. It would also be amazing for her career.

Tika Sumpter played Whitney Houston's daughter in the movie  Sparkle and I think she resembles a young Whitney Houston with her striking features, chocolate skin and statuesque body. Though she'd able to draw on her own experience with Houston, the role would likely be a stretch. Appearance wise, however, she'd be a great fit.

Yaya Dacosta is another actress who would probably have to step up to the plate skill-wise, but in terms of looks, DaCosta could be a dead ringer for a young Whitney Houston. There's also something about her presence, a certain je ne sai quoi, that makes her a very convincing super star.

Taraji P. Henson is the most skilled technician on the list and the Oscar nominated Baby Boy actress seems the most capable of expressing the seemingly contradictory aspects of Whitney's personality.  Whitney was at times a walking anomaly, one part world-class diva and one-part round-the-way. The thing about Whitney is, though  was heralded as one of the greatest singers of our time and by all means was a super star, she never stopped being Whitney from East Orange, New Jersey. People were shocked when she told Wendy Williams "If this were back in the day in Newark, I'd meet you outside," but that's who she was. That's why she loved Bobby. Not because he was so different from her, but because she could be herself around him. For this reason's, I think Taraji's own lack of affectation, her candor, would lend itself nicely to the role.

Joy Bryant is a strong actress (and Yalie) who's yet to get her big break. This movie could be her Introducing Dorothy Dandridge moment.

And finally, Meagan Good is my wild card. As an actress, it may be a stretch. We've never seen her in a nuanced role since Eves Bayou, and even then, her character was somewhat one-dimensional. Still, the real-life preacher's wife has gone on record to say she wants nothing more than to play the woman who once starred in The Preacher's Wife. Without a doubt, she will campaign for the role and likely be a front runner.

Hello! My Name is Ike.

"Ike"
New Jersey, United States
I started this blog when I was junior at Yale. After graduation I moved to the South and spent several years working pre-emancipation hours as a tv reporter. I gave it all up in exchange for my sanity and to pursue my passion...writing. I've learned to not depend on things, people, or even jobs for your identity. My joy truly comes from within. And through it all, all these years later, I am still the same fly funky diva.